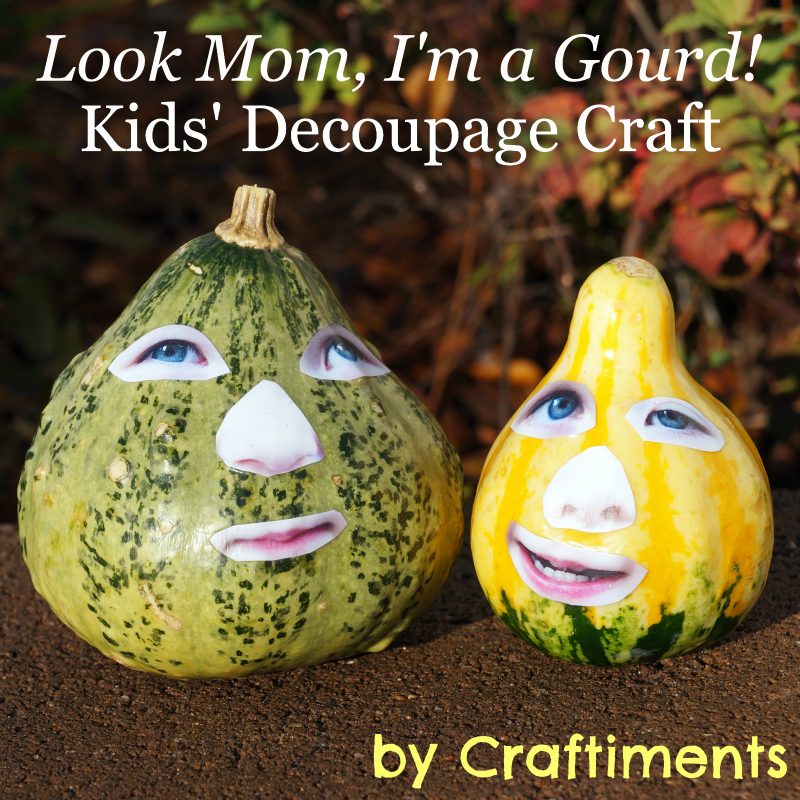 My girls have been begging me daily to carve their pumpkins.  Since they won’t accept my explanation that their pumpkins will turn into two piles of slimy mush by the time Halloween rolls around, I needed to come up with another pumpkin related craft to appease them.  Then I came across Vicki’s awesome Vanity-Kins on homevestures and was immediately inspired to make them with the girls.  Of course I had to put my own spin on the craft and decided to put the girls’ faces on our gourds.

To start, I took several photos of each girl, instructing them to make different faces.  After cropping and enhancing the photos, I printed them on glossy paper.

Then we cut out their eyes, noses and mouths.  This was easy enough for Juju, but I had to help Imp because she isn’t that good at cutting small shapes yet.

Next, I had them glue their faces to the gourds.  Again not a problem for Juju, but the two year old needed constant attention to keep her on task {not gluing the faces to the table and her shirt!}  After the girls went to bed, I brushed a layer of white glue over the entire surface of each gourd to seal it. 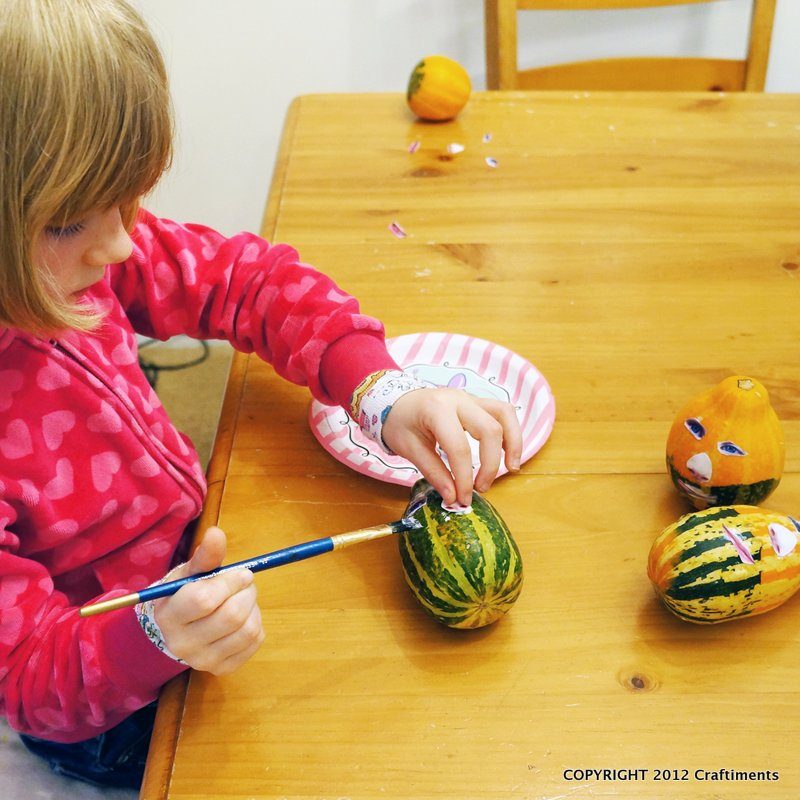 The girls started playing games with their gourds as soon as they got up this morning.  When I showed this picture to Juju, she exclaimed, “Mommy, it looks like I have three heads on one body!  I CAN’T BELIEVE IT!”  Five year olds can be so dramatic. Here is the 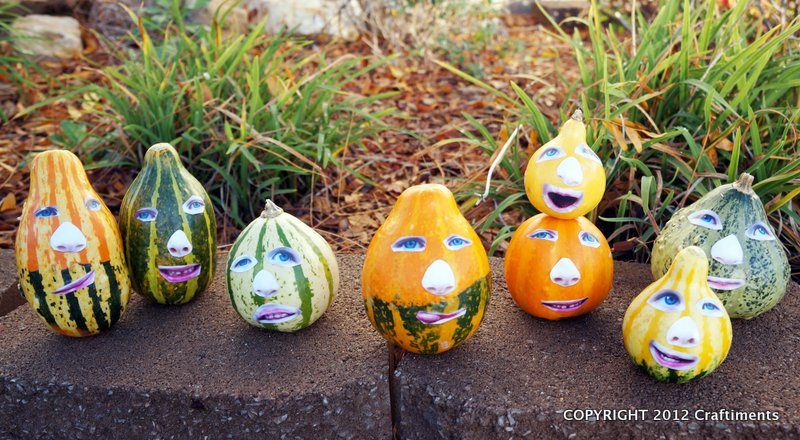 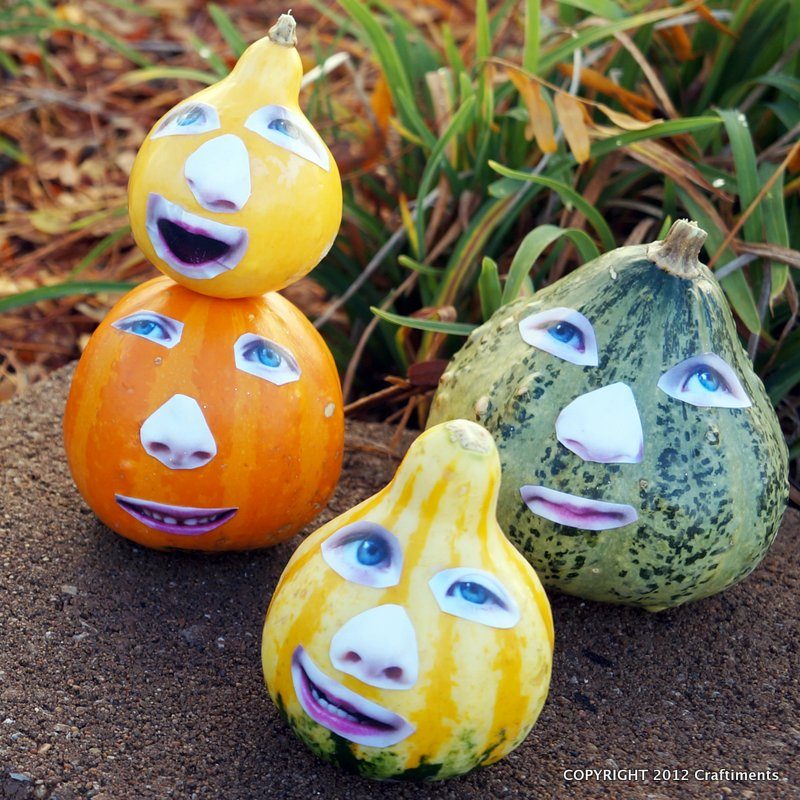 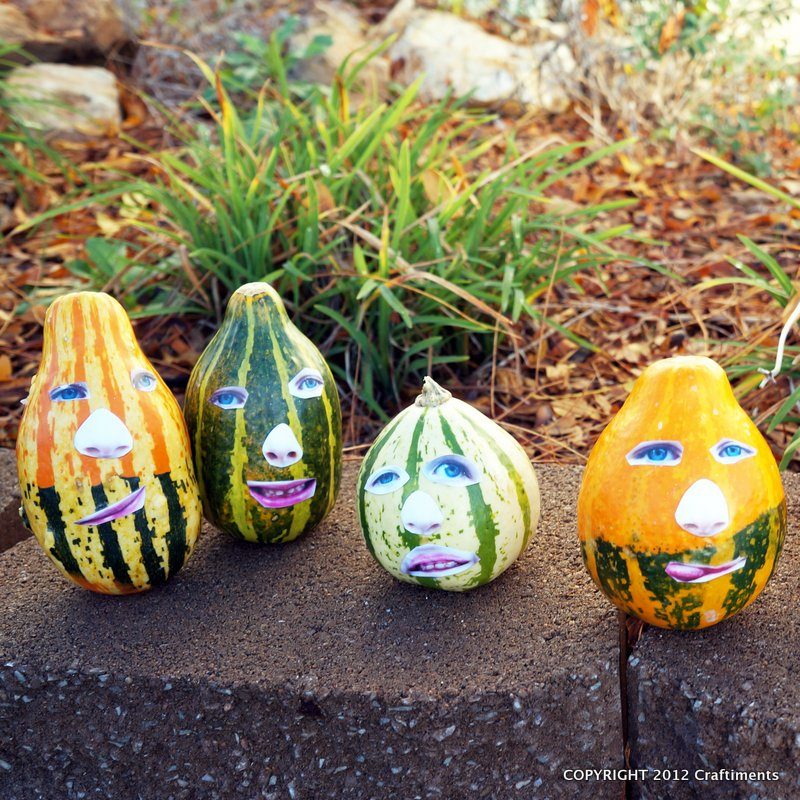 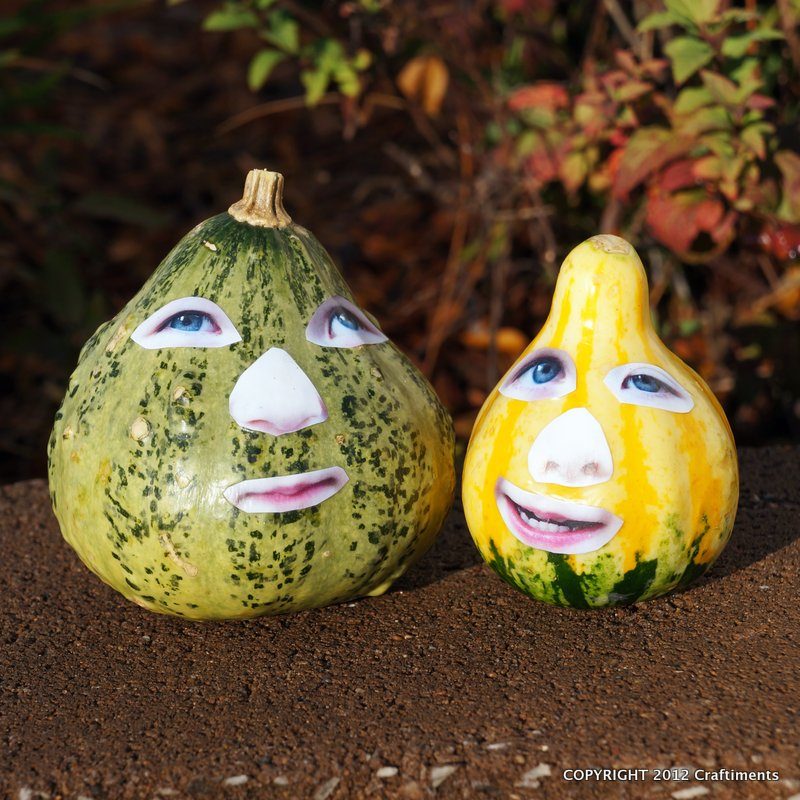 These were so much fun to make and the girls love playing with them.   I think we have a new Halloween tradition!