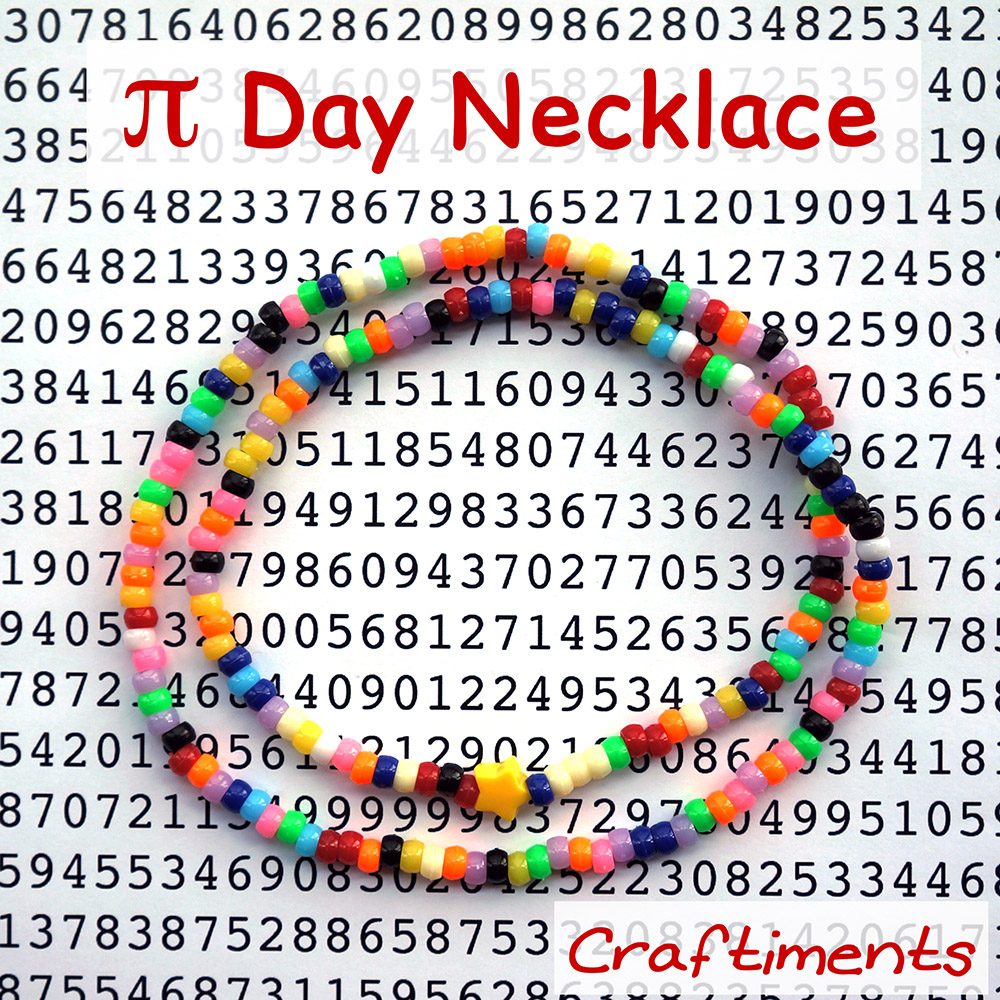 Happy Pi Day!  I crafted this geeky π necklace to commemorate the day.  I’ve seen similar necklaces and bracelets made by older kids in their math classes and thought it could be fun and educational for a Kindergartener too.  Would you like to learn how to make one with your child?

Gather your supplies.  You will need: 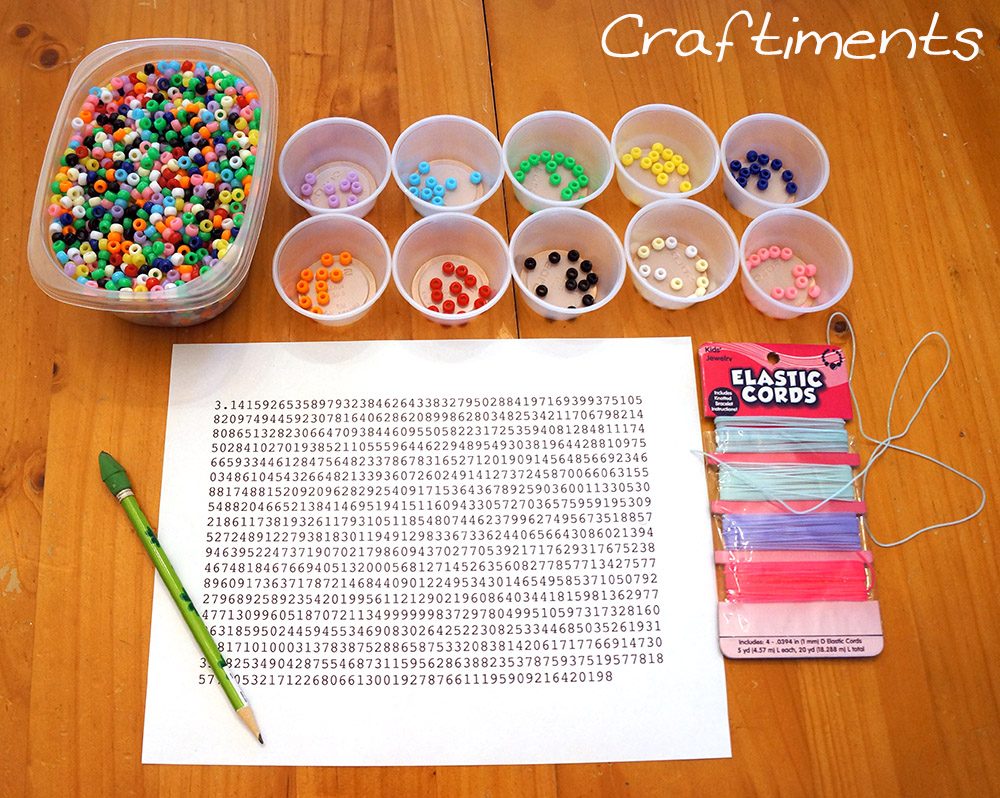 First, have your child sort the beads by color into the cups.  My three year old was happy to help with this step.  Now ask your child to assign one of the numbers 0 – 9 to each color, using each number only once.  Write the number on the corresponding cup of beads. 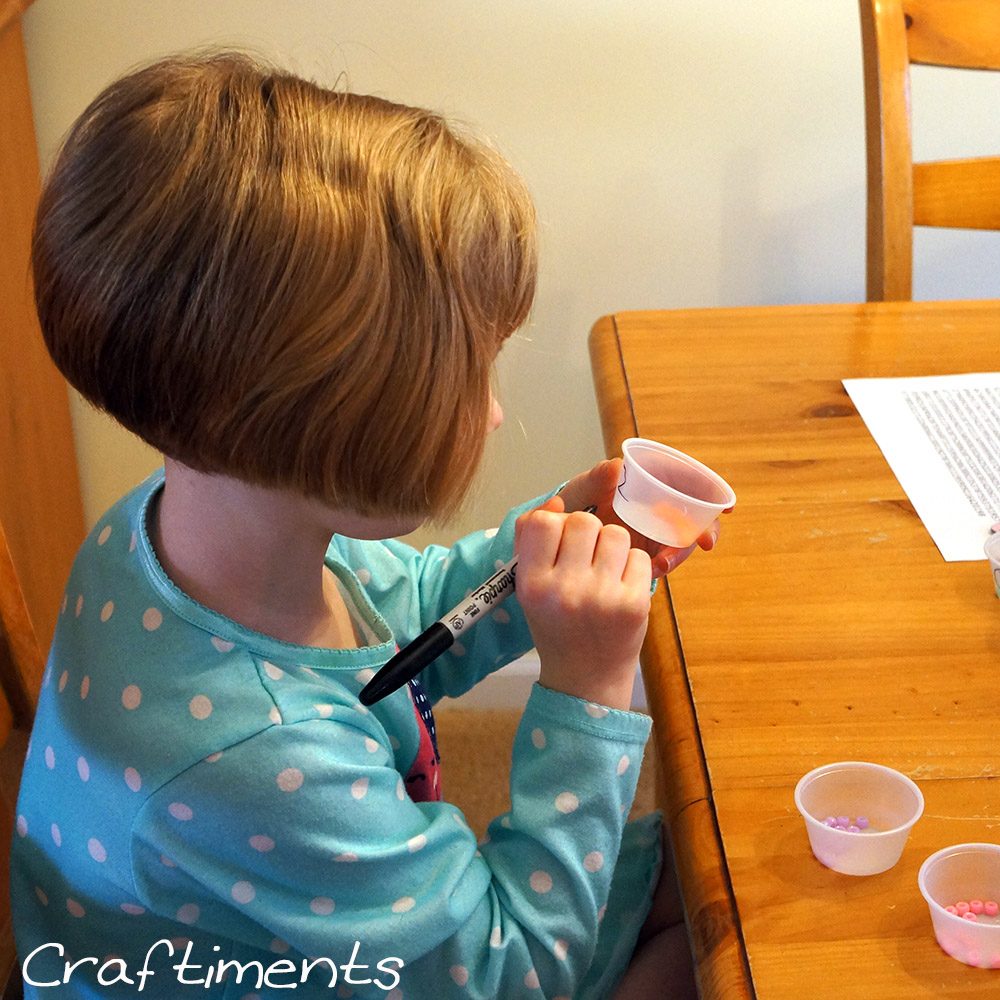 Cut a piece of elastic cord to your desired necklace length plus a few inches. Tie one end to the paperclip to prevent the beads from falling off the cord.

Time to start beading!  Start with the large bead, which symbolizes the first digit in pi.  Following the printout of pi, string the beads choosing the color bead that corresponds to each digit. 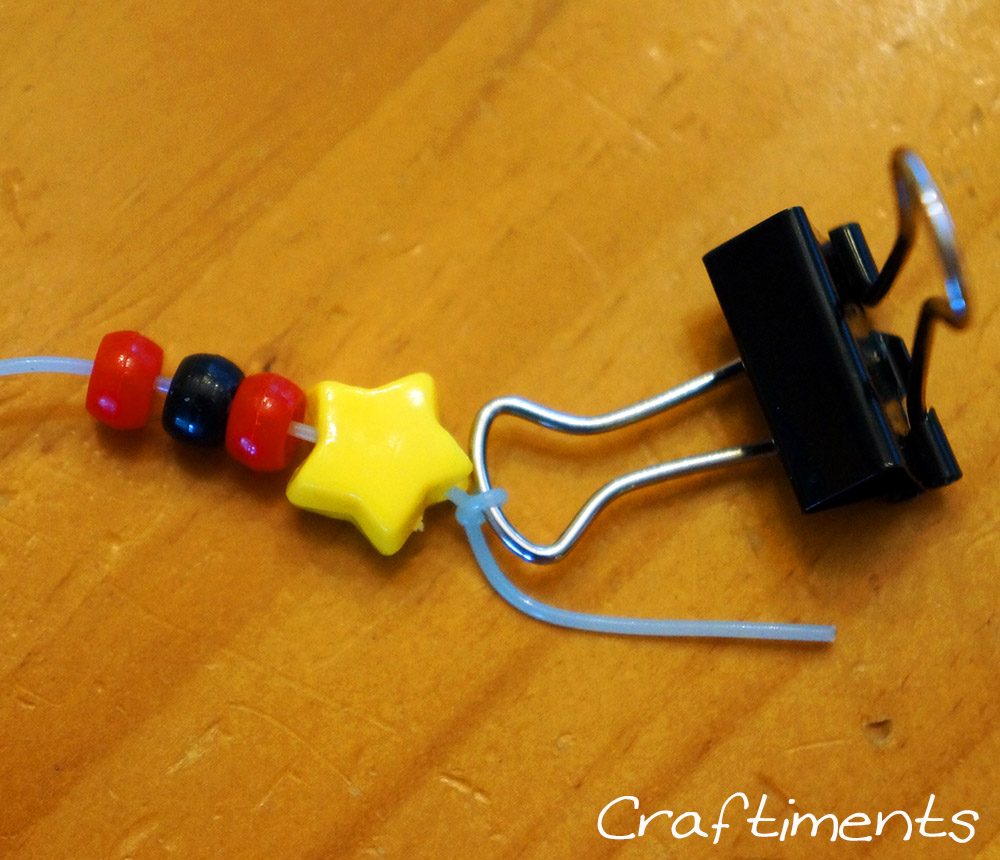 Cross out each digit as your child beads it so they do not lose their place. 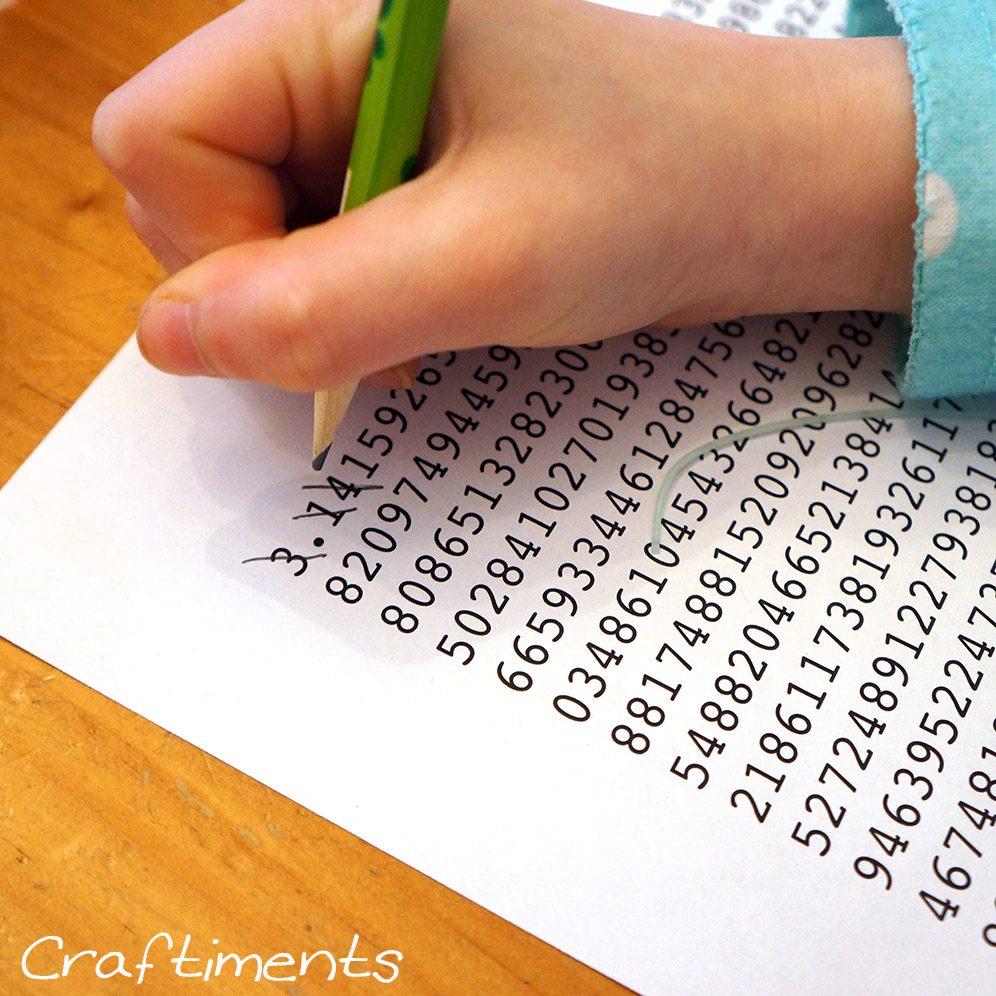 Keep on stringing those beads…… 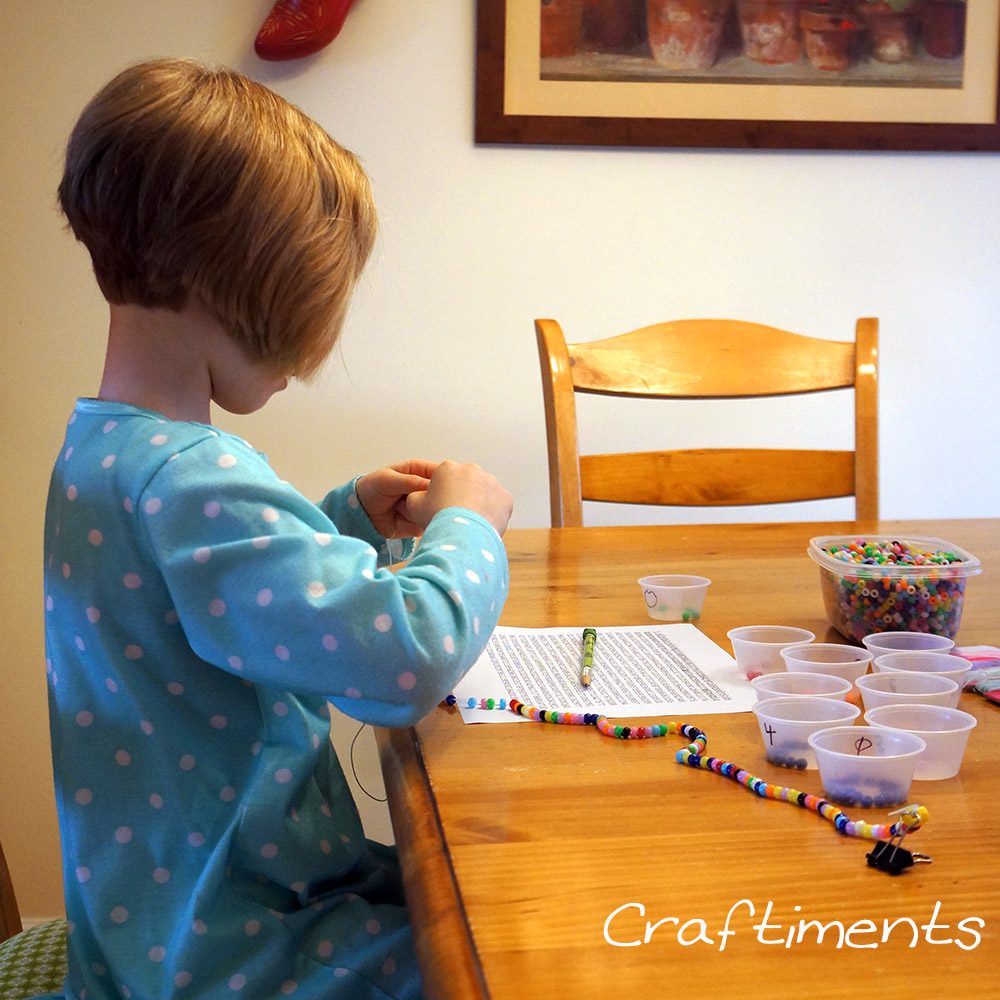 When the necklace is long enough, remove the paperclip, securely knot the cord, cut off the excess and gently push the knot inside the large bead.  Done!

Miss Juju learned some things about pi while making this necklace.  She loves to find patterns in the world around her.  At one point I found her staring intently at the printout.  I asked her what she was doing and she said she was looking for a pattern.  I explained to her that there are no patterns in the digits of pi and that is one of the things that makes it such an interesting number.  She was skeptical at first, but after looking at it a little longer she decided that I was right. Juju also learned that pi never ends.  “If we used all the beads in the world, would we reach the end????”  “No, you will never reach the end of pi, it goes forever.”  Her jaw dropped.  The concept of infinite numbers still blows her mind!